Alianna- known as Aly- has a good life. Her father is second in command of tortall's spies. Her mother is the most famous knight in the country. Aly spends her time helping her father decode messages and, much to her mothers dismay, dyeing her hair blue. But everything is about to change. While on a solo boat ride, Aly is captured by pirates and ends up a slave to the balitangs, a noble family an the Copper Isles. The Copper Isles is a realm steeped in political turmoil with a comlicated history of two cultures: the luarin conquerors and the native raka.

Enter Kyprioth, the patron god of the isles, also known as the Trickster. He is looking to shift the balance of power back to his raka worshipers, if he can find the right human catalyst. He fishes for one and captured Aly in his net.

Aly may be cought, but she is no weeping captive. She makes a deal with the god. She will use her own "trickster" gifts to keep the balitang children, aspecially the two teenage girls, safe through the summer. In exchange, Kyprioth will give her magical assistance in the form of crows and knoledge of events at court- and eventually, her freedom. But deals with gods are tricky, and to top things off, there's an unusual young man who may have plans of his own for Aly.... 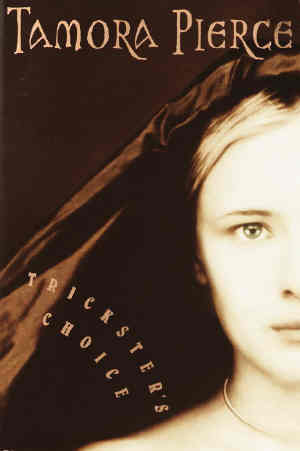 tricksters queen
Aly: no longer just a master spy, but a master of spies. Can she balance her passion for justice and her compassion for others, and at what cost?

Sarai: beautiful, dramatic, and rush- will she fulfill the rolefor her by destiny?

Dove: she has always stood in sarai's shadow. Can she prove to the world that she herself is a force to be reconed with?

Nawat: half crow, half man. He wants Aly for his wife mate, but will the revolution make that impossible as they step into new roles to change the future? 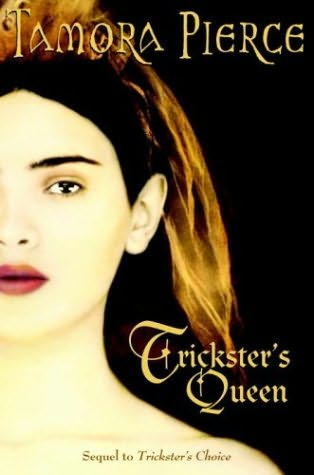