This is the typical attitude that Keladry of Mindelan is up against. Kel is the first girl in ten years to take advantage of the decree that permits girls to train for the knighthood, and she is about to smash everyone's preconceptions about what girls can and cannot do...
Set in Tortall in the reign of King Jonathon III and Queen Thayet, First Test launches the Protector of the Small series, which chronicles the coming of age of a heroine who is far more than she seems. 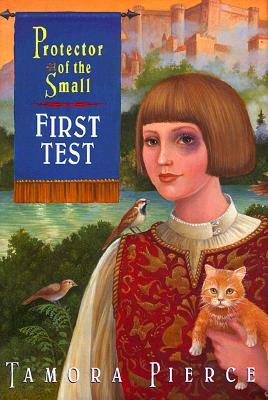 In this second book of the Ptotector of the Small quartet, Kel's hardships continue as she fights the prejudices that come with being a girl while maintaining the rigorous training of a page. Kel's skills aren't the only things that are developing. Her feelings for her best friend, Neal, are also changing... in a very uncomfortable way. Luckily, Kel has some new allies, including as ugly but loveable dog and an abused young woman whom she teaches self-defence. She also discovers a new talent when a group of pages is trapped by bandits and suddenly the other pages must call on the only "lady" to lead them. 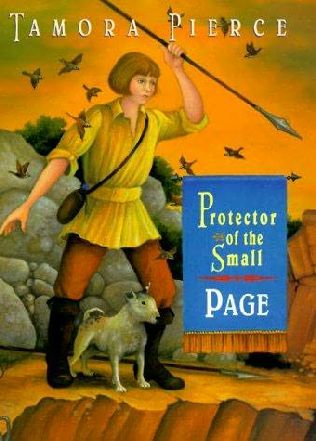 When Keladry of Mindelan is choosen by the legendary Lord Raoul to be his squire, the conservatives of the realm hardly think she's up to the job. But Kel quickly proves her mettle as a jouster, warrior, and gaurdian of a fiery griffin, earning respect and admiration among the men, not to mention the affection of a fellow squire. As she deals with the challenges of a new romance and a life in the royal gaurd, Kel also prepares for the infamous "Ordeal," the last challenge that stands between her and her dream of knighthood... 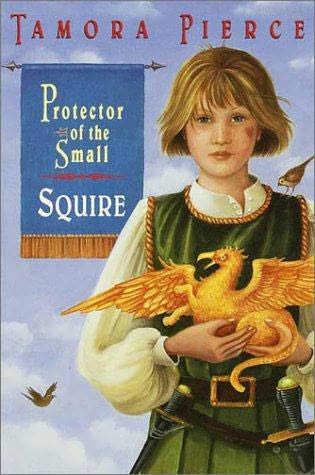 Keladry of Mindelan has finally achieved her lifelong dream of being a knight. But it isn't turning out as she imagined it at all. With the land of Tortall at war with the Scanrans, she has been assigned the enormous responsibility of overseeing a refugee camp. To add to he burden, Kel has had a vision in the Chamber -a vision of the man behind the horrific battle machines that her fellow knights and friends are now fighting without her. She is torn between a duty she has sworn and a quest that she feels could turn the tide of the war... 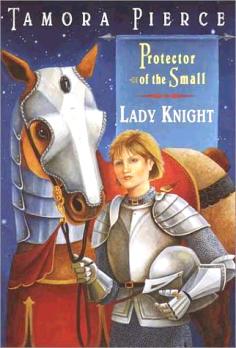 who she is: The first female knight since Alanna
what she looks like: Tall, short blond hair, hazel eyes
nicknames: kel is her nickname, her real name is keladry of mindelan, lump, cow.
family: Her mother and father were Tortallan abassadors for the Yamini Isles. She has alot of brothers and sisters who are knights and ladies.
talents: she is good with almost all wepons.
traits: hardly gets angry.
iteresting facts: she used to be afraid of hights, but got over it. she had a crush on neal and had an affair with cleon.

who he is: Kel's friend and a fellow knight.
What He Looks Like: Very handsome (at least Kel seems to think so). He has green eyes, his hair is long an brown
Nicknames: Neal is a nickname, his real name is Nealan
family: his father is Duke Baird, the head healer in the palace.
talents: he is good at healing.
traits: he is pert and sometimes disrespective, very quik to get in trouble.
interesting facts: he is one of the oldest pages in years. he left the university to be a page.


want to say something about the site?
contact us at: Rachelligresser@yahoo.co.uk
or you could comment at the bottom of the page.